Today’s breaches are predominantly carried out in a series of sophisticated, multi-stage attacks. The stages involved in such an attack can best be described by a “Cyber Kill Chain”. This, as per MITRE ATT&CK Adversary Tactic Model [11] breaks down cyber intrusions into the steps shown in the following figure.

These end-point lures point to the honey services such as SMB, FTP, Databases in the subnet. Since the static breadcrumbs are interspersed with the real endpoint assets, there is always a possibility of legitimate assets getting used by a threat actor. This problem of legitimate assets getting used by the threat actor can be reduced by increasing the density of the breadcrumbs and lures at the endpoint.

In our previous blog, we analyzed six prevalent worms and malware. We discussed the precise breadcrumbs and lures that are required at the endpoint and honey services in the network and the conditions that will lead to their detection. In the following table 1.0, we have taken three breadcrumbs and listed the breaches that could have been diverted by using these breadcrumbs. The three breadcrumbs which we have considered are honey entries in the ARP cache, honey mapped drives and honey passwords in the browser and in the processes such as lsass. The reports of these breaches have been published publicly and are mentioned in the references. 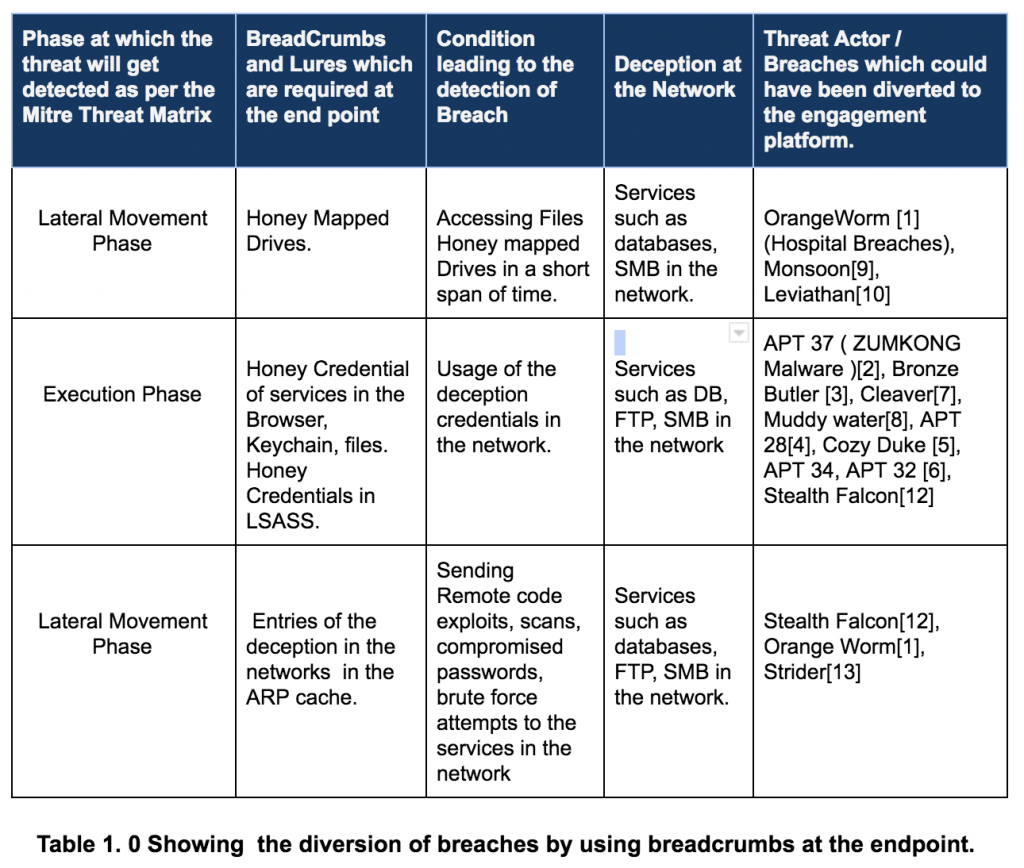 From the above table we can draw the following inferences: